After more than a thousand years of church dogma, Roman Catholicism has proven itself to be the number one “author of confusion” due to its twenty-first Ecumenical Council in 1962. This was when the church acknowledged all faiths and practices as legitimate. This is the complete opposite of it’s original dogma throughout the centuries.

After learning of this mad council, one then has to wonder, “Who is to benefit from this council?” And the answer, of course would be, “Whoever is in charge of Roman Catholicism”.

So who is in charge of Roman Catholicism if not it’s own priests???

The answer is in the doctrine. The belief in the acceptance of all faiths and practices has to be consistent with the belief

system of whatever is controlling Roman Catholicism. And the organization would have to be extremely powerful to bring about an event as big a Vatican II. The organization with a well known ecumenical belief system that is extremely powerful is none other than Freemasonry. It has change the political structure of Europe, from that of the monarchy to democracy, and has even founded the United States via America’s founding fathers, who were Freemasons.

The goal of Freemasonry is to bring democracy to the world. Religion is one of it’s tools for uniting the world around common goals. And Roman Catholicism is a powerful tool. Masonic symbology can easily be spotted in Catholicism. The most common masonic symbols that can be found in Catholic churches are the pyramid, the all seeing eye, and the five pointed star. The influence of Freemasonry can be easily identified by its symbols.

Pyramid & The All Seeing Eye 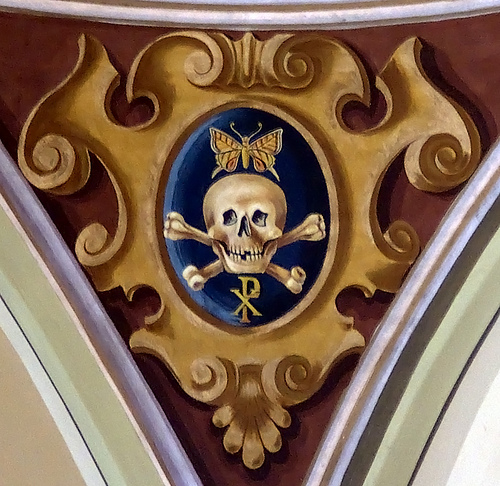 And what is the religious goal of Freemasonry?