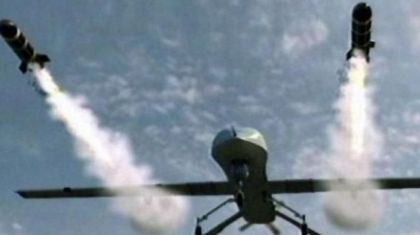 They can move together in swarms, build towers, dance, throw and catch, assess targets and soon will even make their own decisions. Both in war and at home, drones are developing fast and gaining control.

The screens at a US air force base lock onto a civilian car driving along a road in New Mexico. “We don’t simulate or actually engage them, it is just training to follow a moving target.” The question, “with their permission?” is met with an embarrassed pause and the faltering reply, “we’re just following them with a camera”. Rapidly becoming acceptable practice, increasingly police are also using drones to survey civilian areas for criminals. The US air force are now training more ‘desk pilots’ than traditional pilots, raising concerns that war is becoming “just a big computer game”, allowing pilots to kill a few Taliban fighters and then go home for dinner. Nathan Wessler, a civil rights lawyer, strongly argues that the US using drones to kill targets in countries like Yemen despite not being in a state of war with them could lead to serious repercussions. “It is really a dangerous precedent. The technology of drones is not that complicated and there are dozens of nations developing it.” And these robots are advancing. Future drones will be able to independently find targets and decide to attack. As Iran lays its hands on a US spy drone, which experts in this report argue they are “perfectly capable of copying”, has an uncontrolled new arms race already begun?

To watch the documentary by Journey Man Pictures, click on the link entitled “Attack of the Drones – USA“.

Related Article: “Crackdown on Liberty Pt. 14 – Drones used to Hunt Down American on US Soil“

POLICE plan to use spy drones in the hunt for a Rambo-style ex-soldier and policeman who has murdered three people and vowed to kill again.

The burnt-out shell of his pick-up truck was discovered in the nearby resort of Big Bear, where residents and tourists

have been warned to stay indoors as the search continues.

Yesterday, as a task force of 125 officers, some riding Snowcats in the rugged terrain, continued their search, it was revealed that Dorner has become the first human target for remotely-controlled airborne drones on US soil.

A senior police source said: “The thermal imaging cameras the drones use may be our only hope of finding him. On the ground, it’s like looking for a needle in a haystack.”

Asked directly if drones have already been deployed, Riverside Police Chief Sergio Diaz, who is jointly leading the task force, said: “We are using all the tools at our disposal.”

The use of drones was later confirmed by Customs and Border Patrol spokesman Ralph DeSio, who revealed agents have been prepared for Dorner to make a dash for the Mexican border since his rampage began.

Drones are used by the Obama administration, with the guidance of the C.I.A., to hunt down, and kill people, in foreign countries, and they are now being used to hunt down Americans, on US soil. America has never needed drones to capture criminals, but scare tactics, and pragmatism, are leading the way in building a totalitarian federal government, just as the 911 tragedy paved the way for an increase in extreme security tactics for protecting the country from terrorists. The building of this totalitarian state can be seen in the government’s access to civilian’s emails, and phone conversations, under the Bush administration, Obama’s private army proposed in “The GIVE Act“, the “NDAA for Fiscal Year 2012“, which allows Americans to be detained indefinitely for crimes that have not been committed, the Obama administration’s labeling Christians as possible “Domestic Terrorists“, Obama’s fight for “Gun Control” that only serves to disarm law-abiding citizens, and “Civilization Jihad within The US Government“.

Changes are taking place in America at a fast pace, and the country has 4 more years to be fooled by a charismatic president, who claims to act in the best interests of the country, but actually works in favor of globalists.

If one’s hope is in this world, and one’s desire is to reclaim the country for God, through civil law, and contending against social issues, then disappointment is inevitable, because the times we live in are the last days, according to Scripture, and the world is now living under great sorrows (2Timothy 3:1, Hebrews 1:2, Matthew 24:6-8). Furthermore, the time will come when Christ returns, and judges this world in righteousness, and establish his kingdom on earth (Matthew 24:29-31, Revelation 19:11-16, Revelation 20:4-6). Therefore, one’s hope should be in Christ’s return, and not this sinful world (1John 2:15-17).

The only thing that mankind needs in this world, is that which Christ came to give to it, which is the gospel of Jesus Christ, which saves repentant sinners from their sins, and God’s coming wrath on this world.

1    Behold, the LORD’s hand is not shortened, That it cannot save; Nor His ear heavy, That it cannot hear.
2     But your iniquities have separated you from your God; And your sins have hidden His face from you, So that He will not hear.

12    Therefore, just as through one man sin entered the world, and death through sin, and thus death spread to all men, because all sinned —
18    Therefore, as through one man’s offense judgment came to all men, resulting in condemnation, even so through one Man’s righteous act the free gift came to all men, resulting in justification of life.
19    For as by one man’s disobedience many were made sinners, so also by one Man’s obedience many will be made righteous.
20    Moreover the law entered that the offense might abound. But where sin abounded, grace abounded much more,
21    so that as sin reigned in death, even so grace might reign through righteousness to eternal life through Jesus Christ our Lord.

15 “The time is fulfilled, and the kingdom of God is at hand. Repent, and believe in the gospel.”

16    For God so loved the world that He gave His only begotten Son, that whoever believes in Him should not perish but have everlasting life.
17    For God did not send His Son into the world to condemn the world, but that the world through Him might be saved.
18    “He who believes in Him is not condemned; but he who does not believe is condemned already, because he has not believed in the name of the only begotten Son of God.
19    And this is the condemnation, that the light has come into the world, and men loved darkness rather than light, because their deeds were evil.
20    For everyone practicing evil hates the light and does not come to the light, lest his deeds should be exposed.
21    But he who does the truth comes to the light, that his deeds may be clearly seen, that they have been done in God.”
35    The Father loves the Son, and has given all things into His hand.
36    He who believes in the Son has everlasting life; and he who does not believe the Son shall not see life, but the wrath of God abides on him.”

6    But the righteousness of faith speaks in this way, “Do not say in your heart, ‘Who will ascend into heaven?’ ” (that is, to bring Christ down from above)
7    or, ” ‘Who will descend into the abyss?’ ” (that is, to bring Christ up from the dead).
8    But what does it say? “The word is near you, in your mouth and in your heart” (that is, the word of faith which we preach):
9    that if you confess with your mouth the Lord Jesus and believe in your heart that God has raised Him from the dead, you will be saved.
10    For with the heart one believes unto righteousness, and with the mouth confession is made unto salvation.
11    For the Scripture says, “Whoever believes on Him will not be put to shame.”
12    For there is no distinction between Jew and Greek, for the same Lord over all is rich to all who call upon Him.
13    For “whoever calls on the name of the LORD shall be saved.” 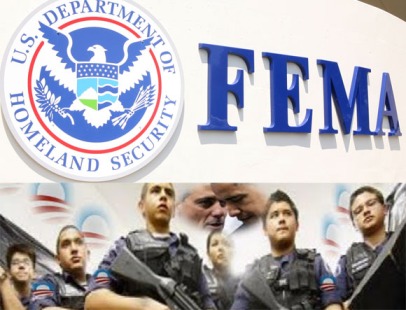 The Department of Homeland Security is boasting on their website about the first graduating class of the FEMA Corps. These students are part of a community service program. In his book Grave Influence, Brannon warned of Williams James who was a new ager and pioneer of mandatory service. Obama signed a bill into law in April of 2009, calling for national service. The bill originally was to include mandatory national service in order to graduate from high school but that was taken out. The government now offer stipends and education money to students that willingly volunteer to go through government training on how to be community organizer like Saul Alinsky. Brannon warned in his book Grave Influence that this sort of thing was coming. Remember when Obama said �We cannot continue to rely on our military in order to achieve the national security objectives we�ve set. We�ve got to have a civilian national security force that�s just as powerful, just as strong, just as well-funded.� In April of 2009, the GIVE Act become law. This bill allows for 6 billion dollars over five years to be used to implement a national community service program. The Obama/Biden campaign website in 2008 said their goal was to make this mandatory. While it is voluntary now, many fear it will become mandatory. The GIVE Act prohibits students from being involved in religious activities while going through this government brainwashing. Brannon explains what this all has to do with the first graduating class of the FEMA Corps. Remember the FEMA report that classified as potential terrorists those who are pro-life, in favor of the 2nd Amendment, or are interested in Bible prophecy or are concerned with global governance? What kind of worldview training have these young people had at the hands of FEMA and DHS? What do they believe, what are their values, their ideas, and their philosophies? In Grave Influence Brannon warn that when the government indoctrinates kids with the worldview of William James or Saul Alinksy or Bill Ayers and then puts them in an civilian army then you are approaching a very perilous climate for liberty and freedom.

To listen to the program, click on the link entitled “The GIVE Act“.

To learn more about the FEMA Corps, click on the links below:

The ominous implications of the FEMA Corps can be seen in the following articles listed below:

To learn about the philosophies, and values, that are taught to the FEMA Corps youths, click on the PDF’s below: