Planned Parenthood was banned by the state of Texas; but at a high cost. The cost is the funding for its $40 million-per-year state- federal Medicade program. To learn more about this topic, click on the link entitled “Planned Parenthood banned from Texas’ Women Health Program“.

4    Because they have forsaken me, and have estranged this place, and have burned incense in it unto other gods, whom neither they nor their fathers have known, nor the kings of Judah, and have filled this place with the blood of innocents;
5    They have built also the high places of Baal, to burn their sons with fire for burnt offerings unto Baal, which I commanded not, nor spake it, neither came it into my mind:
6    Therefore, behold, the days come, saith the LORD, that this place shall no more be called Tophet, nor The valley of the son of Hinnom, but The valley of slaughter.
7    And I will make void the counsel of Judah and Jerusalem in this place; and I will cause them to fall by the sword before their enemies, and by the hands of them that seek their lives: and their carcases will I give to be meat for the fowls of the heaven, and for the beasts of the earth.
8    And I will make this city desolate, and an hissing; every one that passeth thereby shall be astonished and hiss because of all the plagues thereof. 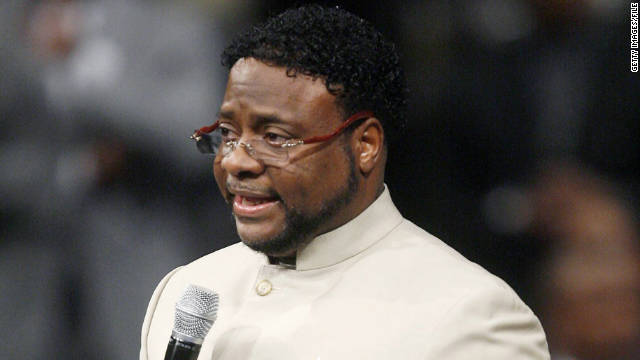 Credit must be given where credit is due.

Bishop Eddie Long apologizes to the Anti-Defamation League for being wrapped up in a “Holocaust Torah” and crowned king during a recent ceremony at his church in Atlanta Georgia.

Bishop Long has also denounced all attempts to depict him as a king.

This, of course, doesn’t  mean that Bishop Eddie Long is now a follower of Christ, and an orthodox teaching of the gospel, since he has yet to turn away from his false gospel of greed. Nor has he turned away from the Gnostic teachings of the Word of Faith Movement. However, it is still refreshing to witness signs of humility from any televangelist. So let us all take in a breath of fresh air before the next onslaught of pseudo Christian media insanity. 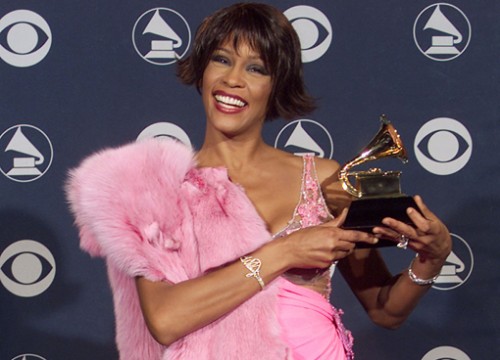 LOS ANGELES –  Whitney Houston, who reigned as pop music’s queen until her majestic voice and regal image were ravaged by drug use, erratic behavior and a tumultuous marriage to singer Bobby Brown, died Saturday night. She was 48. For more information, click on the provided link entitled “Singer Whitney Houston dies at 48“.

Some of Houston’s accomplishments are listed below:

35    “For whosoever will save his life shall lose it; but whosoever shall lose his life for my sake and the gospel’s, the same shall save it.
36    For what shall it profit a man, if he shall gain the whole world, and lose his own soul?
37    Or what shall a man give in exchange for his soul?
38    Whosoever therefore shall be ashamed of me and of my words in this adulterous and sinful generation; of him also shall the Son of man be ashamed, when he cometh in the glory of his Father with the holy angels.”

Because Jesus Christ calls everyone to turn from their sins, to stop loving this sinful world, to put their trust in him, and to obey all that he has taught us. Jesus calls mankind to holiness, without which no one will see the Lord and inherit the Kingdom of Heaven. So let this be a warning to you.

1    My little children, these things write I unto you, that ye sin not. And if any man sin, we have an advocate with the Father, Jesus Christ the righteous:
2    And he is the propitiation for our sins: and not for ours only, but also for the sins of the whole world.
3    And hereby we do know that we know him, if we keep his commandments.
4    He that saith, I know him, and keepeth not his commandments, is a liar, and the truth is not in him.
5    But whoso keepeth his word, in him verily is the love of God perfected: hereby know we that we are in him.
15    Love not the world, neither the things that are in the world. If any man love the world, the love of the Father is not in him.
16    For all that is in the world, the lust of the flesh, and the lust of the eyes, and the pride of life, is not of the Father, but is of the world.
17    And the world passeth away, and the lust thereof: but he that doeth the will of God abideth for ever. 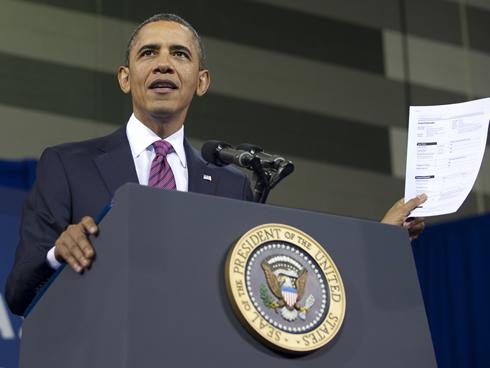 WASHINGTON (The Blaze/AP) — The Blaze has covered the religious freedom issues surrounding the Obama administration’s contraceptive mandate extensively. President Barack Obama will announce a plan to accommodate religious employers outraged by a rule that would require them to cover birth control for women free of charge, according to a person familiar with the decision. For more information, click on the provided link entitled “The Blaze Report“.

Related topics are listed below: 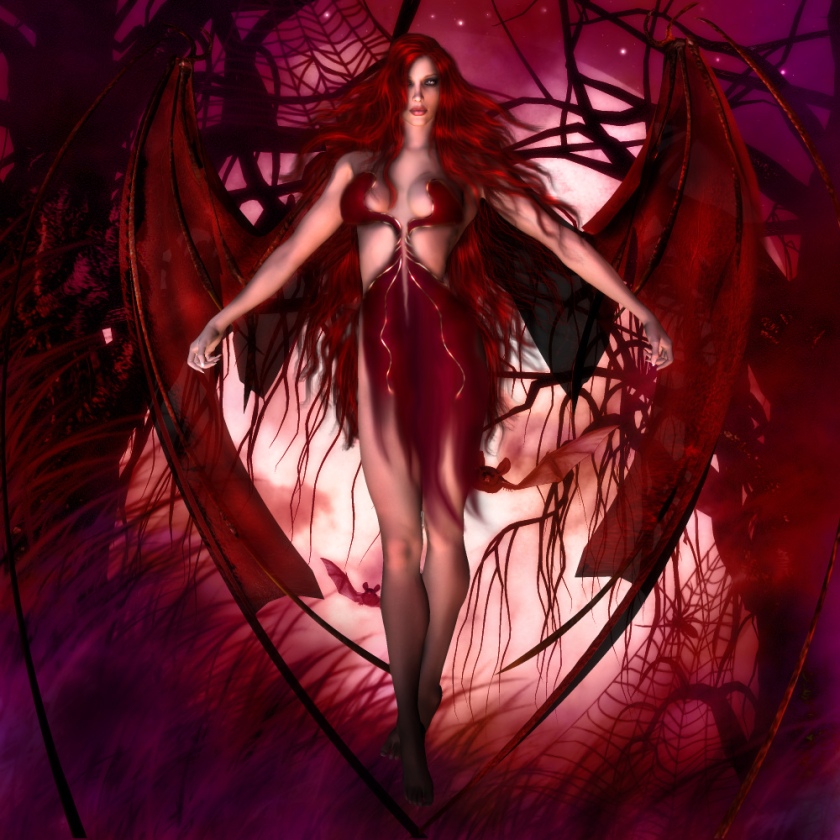 A significant weapon used in the “war on consciousness” is Lilith. Lilith is a demon/goddess from the ancient Babylonian mystery religions. This mythological character was made popular by the Kabbalah. The characteristics of Lilith are rebellion, sexual perversion, murder, insanity and control. For more information on this character, click on the provided link entitled “Lilith“.

The multifaceted cult of Freemasonry has a division within it’s hierarchy called “Skull & Bones”. This division of Freemasonry is at the heart of the “war on consciousness”. It’s job is to weaken western society so that it is easy to manipulate and tyrannize. All of the virtues of mankind are being torn down by the propaganda of Skull & Bones. In 1872, Skull & Bones established it’s own cult, called the “Bohemian Club”, through which it’s propaganda is channeled. This cult is made up of high level politicians, artists and entertainers.

Lilith is the goddess of the Bohemian Club. And it is her characteristics of rebellion, sexual perversion, murder, insanity and control that are adapted by the cult through the killing of their conscience, known as “the cremation of care”. The members of the cult are the shapers, or even “breakers”, of society by way of their various professions. This is done through the permeation of Lilith’s characteristics on society through the media, the arts, culture, entertainment and religion. For more information on the Bohemian Club, click on the link entitled “The Bohemian Grove”

Since the Bohemian Club is made up of artists, it should be of no surprise to see the paradigm of Skull & Bones and it’s Bohemian Cult allegorized in various forms of arts and entertainment. One example would be Stephen King’s “The Dark Tower”, and “Hearts in Atlantis”. These books describe the job of the members of Skull & Bones, which is to harbor breakers in one place for the purpose of forcing the breakers to use their talents to break the beams of existence. These Skull & Bones types, called “Low Men”, desire to break the beams of existence and to destroy the “Dark Tower”, which is where the beams meet, so that all existence will deteriorate into chaos. This is because the “Low Men” serve an evil master, called the Crimson King. He is an insane god with one red eye in his forehead. The Crimson King is an allegory of the god of Freemasonry. The god of Freemasonry, who is Lucifer, is known for his “all seeing eye”, as displayed on the back of our dollar . The job of the breakers, who are the artists, politicians and entertainers, is to tear down the beams of society, which are known as mankind’s conscience, intelligence, fear of God and all moral fiber. The result will be chaos, due to reign of  rebellion, sexual perversion and murder throughout society. Thus making Lucifer’s oligarchy of Freemasonry free to reign like a tyrant over society without the people ever understanding when or why it happened.

The work of the “Bohemian Breakers'” promotion of the characteristics of Lilith can be clearly seen throughout the mainstream entertainment industry. This character is in much of western literature, such as Anne Rice’s Queen of the Damned” & “Pandora”, Allen More’s “V for Vendetta”, the movie “The Craft”, the movie “Pleasantville”, just to name a few.  For more information on Lilith’s influence or society, click on the provided link entitled “Feminism“. 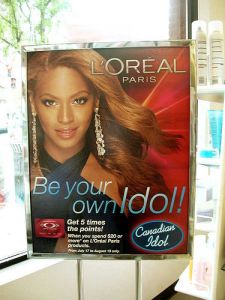 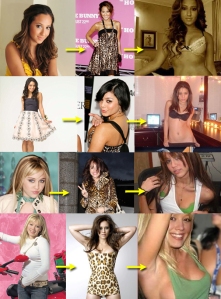 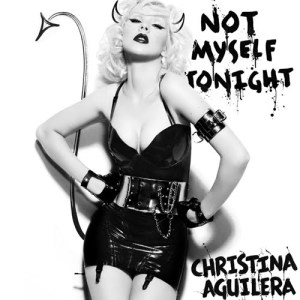 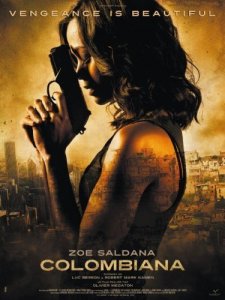 For more information on these matters, click on the provided link entitled “Democrats killing our liberty“.