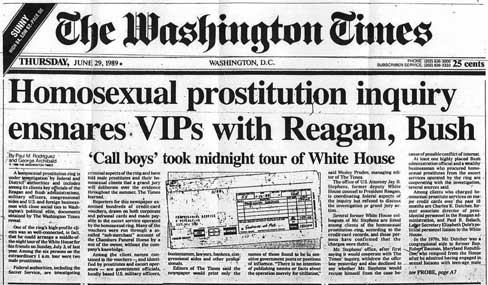 In 1993, a film crew from Yorkshire Television, in the UK, led by producer Nick Grey, and director Tim Tate, went to Omaha, Nebraska, in the USA, to make a documentary about an alleged pedophile ring.

Funded by the Discovery Channel in the USA, their proposed film would be first be broadcast in the UK, and Ireland, as part of Yorkshire Television’s documentary series: “First Tuesday”. A US broadcast would follow.

In Omaha, the film crew discovered the machinations of  a vast operation functioning throughout the country, providing children to the wealthy, and the political establishment, for molestation, drug trafficking, and blackmail.

A year later, in 1994, the documentary, “Conspiracy of Silence” was to air in the UK, but during the final editing, with first broadcast approaching, the discovery channel inexplicitly withdrew support, and reimbursed Yorkshire Television the half million dollars it cost to make.

To this day, the documentary remains unaired.

What follows is an unpolished, yet coherent, rough cut of that documentary.

To watch the controversial documentary by Yorkshire Television, click on the link entitled “Conspiracy Of Silence“.