A biblical analysis of Limited Atonement 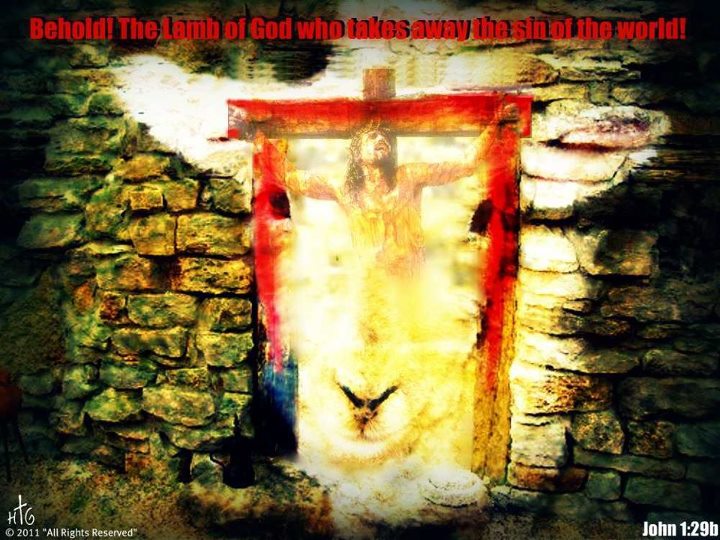 To listen to the blog below, click on the following link:

Is Limited Atonement Taught in the Bible?

What is Limited Atonement?

For example, remember what Jesus said about people who receive the word of God with joy, and only remain in the faith until they are faced with tribulation or the threat of Christian persecution. Jesus said that they immediately stumble.

20 But he who received the seed on stony places, this is he who hears the word and immediately receives it with joy;

21 yet he has no root in himself, but endures only for a while. For when tribulation or persecution arises because of the word, immediately he stumbles.

Jesus also referred to people who are in him, but do not bear fruit. He said that the Father takes them away, and that they are cast out, and then burned.

1 “I am the true vine, and My Father is the vinedresser.

2 Every branch in Me that does not bear fruit He takes away; and every branch that bears fruit He prunes, that it may bear more fruit.

4 Abide in Me, and I in you. As the branch cannot bear fruit of itself, unless it abides in the vine, neither can you, unless you abide in Me.

5 “I am the vine, you are the branches. He who abides in Me, and I in him, bears much fruit; for without Me you can do nothing.

6 If anyone does not abide in Me, he is cast out as a branch and is withered; and they gather them and throw them into the fire, and they are burned.

The author of Hebrews also spoke of people who are believers, but return to sin, and remain there after receiving the knowledge of the truth, after tasting of the power of the age to come, and have even shared in the Holy Spirit. He said that it is impossible for them to be restored to repentance, because they crucify the Son of God a fresh, and put him to an open shame, and are, therefore, doomed to be cast out and burned.

4 For it is impossible for those who were once enlightened, and have tasted the heavenly gift, and have become partakers of the Holy Spirit,

5 and have tasted the good word of God and the powers of the age to come,

6 if they fall away, to renew them again to repentance, since they crucify again for themselves the Son of God, and put Him to an open shame.

7 For the earth which drinks in the rain that often comes upon it, and bears herbs useful for those by whom it is cultivated, receives blessing from God;

8 but if it bears thorns and briers, it is rejected and near to being cursed, whose end is to be burned.

Passages like these shows us that the gospel is believed by non-elect believers, and that they even become fellow sharers in the Holy Spirit during the time in which they lived in obedience to the gospel.

Also, Scripture tells us that these kind of people were sanctified by the blood of the covenant when they lived in obedience to the gospel. But when they returned to sin, and remain there, they come under God’s punishment, because they have trampled the blood of the covenant, which sanctified them, under foot, and have insulted the Holy Spirit through their hard-hardheartedness. And, although these people are claimed by Scripture to be “God’s people”, they fall into his wrath because Christ’s atonement no longer pardons their sin.

24 And let us consider one another in order to stir up love and good works,

25 not forsaking the assembling of ourselves together, as is the manner of some, but exhorting one another, and so much the more as you see the Day approaching.

26 For if we sin willfully after we have received the knowledge of the truth, there no longer remains a sacrifice for sins,

27 but a certain fearful expectation of judgment, and fiery indignation which will devour the adversaries.

28 Anyone who has rejected Moses’ law dies without mercy on the testimony of two or three witnesses.

29 Of how much worse punishment, do you suppose, will he be thought worthy who has trampled the Son of God underfoot, counted the blood of the covenant by which he was sanctified a common thing, and insulted the Spirit of grace?

30 For we know Him who said, “Vengeance is Mine, I will repay,” says the Lord. And again, “The LORD will judge His people.”

Peter also wrote about people who have escaped the corruption of the world through the knowledge of the Lord Jesus Christ, and later are again entangled by them because of false teachers, and that they become worse off than before they knew the way of righteousness. Scripture clearly tells us that their faith and obedience to the gospel cleansed them for a time, which, again, demonstrates that the blood of the covenant is efficacious for cleansing non-elect believers. And Since the blood of the covenant cleanses the non-elect, it is clearly apparent that Jesus shed his blood for them as well as the elect.

18 For when they speak great swelling words of emptiness, they allure through the lusts of the flesh, through lewdness, the ones who have actually escaped from those who live in error. 19 While they promise them liberty, they themselves are slaves of corruption; for by whom a person is overcome, by him also he is brought into bondage. 20 For if, after they have escaped the pollutions of the world through the knowledge of the Lord and Savior Jesus Christ, they are again entangled in them and overcome, the latter end is worse for them than the beginning. 21 For it would have been better for them not to have known the way of righteousness, than having known it, to turn from the holy commandment delivered to them. 22 But it has happened to them according to the true proverb: “A dog returns to his own vomit,” and, “a sow, having washed, to her wallowing in the mire.”

Therefore, Scripture clearly shows us that the blood of the covenant applies to both elect and non-elect believers. Furthermore, it applies to them both, because Jesus died for them both. Not only that, but Peter, in the same chapter, said that Jesus also bought the false teachers who deny him, just as he bought the church.

1 But there were also false prophets among the people, even as there will be false teachers among you, who will secretly bring in destructive heresies, even denying the Lord who bought them, and bring on themselves swift destruction.

28 Therefore take heed to yourselves and to all the flock, among which the Holy Spirit has made you overseers, to shepherd the church of God which He purchased with His own blood.

19 Or do you not know that your body is the temple of the Holy Spirit who is in you, whom you have from God, and you are not your own? 20 For you were bought at a price; therefore glorify God in your body and in your spirit, which are God’s.

44 “Again, the kingdom of heaven is like treasure hidden in a field, which a man found and hid; and for joy over it he goes and sells all that he has and buys that field.

Therefore, Jesus is the propitiation for the sins of the whole world, and not the elect only.

2 And He Himself is the propitiation for our sins, and not for ours only but also for the whole world.

Therefore, Jesus is the Savior of all men, and especially of those who believe.

10 For to this end we both labor and suffer reproach, because we trust in the living God, who is the Savior of all men, especially of those who believe.

18 “He who believes in Him is not condemned; but he who does not believe is condemned already, because he has not believed in the name of the only begotten Son of God.

48 He who rejects Me, and does not receive My words, has that which judges him — the word that I have spoken will judge him in the last day.

Jesus also said that the punishment of the cities that he preached to would be worse than the punishment of previously existing, wicked, cities, because they did not repent after hearing him and seeing the miracles he performed which confirmed the veracity of his message.

Paul also affirms the punishment of people for not obeying the gospel message.

7 …when the Lord Jesus is revealed from heaven with His mighty angels,

9 The coming of the lawless one is according to the working of Satan, with all power, signs, and lying wonders, 10 and with all unrighteous deception among those who perish, because they did not receive the love of the truth, that they might be saved. 11 And for this reason God will send them strong delusion, that they should believe the lie, 12 that they all may be condemned who did not believe the truth but had pleasure in unrighteousness.

And that is why Limited Atonement cannot be true.

Another problem with Calvinist doctrine is that it subjects Scripture to private interpretations, which is wrong to do.

20 knowing this first, that no prophecy of Scripture is of any private interpretation,

21 for prophecy never came by the will of man, but holy men of God spoke as they were moved by the Holy Spirit.

It also denies the sufficiency of Scripture’s role in teaching on doctrinal matters so that believers will learn to trust Calvinist teachers over the word of God.

15 and that from childhood you have known the Holy Scriptures, which are able to make you wise for salvation through faith which is in Christ Jesus.

16 All Scripture is given by inspiration of God, and is profitable for doctrine, for reproof, for correction, for instruction in righteousness,

17 that the man of God may be complete, thoroughly equipped for every good work.

8 This persuasion does not come from Him who calls you. 9 A little leaven leavens the whole lump.

Therefore, the gospel must remain pure of falsehood.

If you have any concerns about the accuracy of the English translation on the above passages, I’ll share with you a helpful tool for examining the Greek and Hebrew texts. Click on the following link entitled “Scripture4All“, and then click on the executable file entitled “ISA basic v2.1.5“.

The software is only compatible with Windows operating systems.