The religions of the world has always had its “divine teachers”. These false god/teachers have established the foundation

for the false prophet of Revelation 13:18, who will lead the world into worshiping the beast.

The New Age religion claims that the world is waiting for another Christ, who will be a teacher to the world, who will not lead as a tyrant, but will merely share his enlightened philosophy, which the world will follow, because everyone will have been enlightened by the coming “collective consciousness” that was spoken of by new age philosophers and occultists.

However, this “collective consciousness” is nothing more than a strong delusion, which will lead people into worshiping a world tyrant. Also, the “world teacher” that is coming will not make suggestions, but will command the world to be enslaved to a tyrant – the Beast.

2Thessalonians 2
1    Now we beseech you, brethren, by the coming of our Lord Jesus Christ, and by our gathering together

unto him,
2    That ye be not soon shaken in mind, or be troubled, neither by spirit, nor by word, nor by letter as from us, as that the day of Christ is at hand.
3    Let no man deceive you by any means: for that day shall not come, except there come a falling away first, and that man of sin be revealed, the son of perdition;
4    Who opposeth and exalteth himself above all that is called God, or that is worshipped; so that he as God sitteth in the temple of God, shewing himself that he is God.
5    Remember ye not, that, when I was yet with you, I told you these things?
6    And now ye know what withholdeth that he might be revealed in his time.
7    For the mystery of iniquity doth already work: only he who now letteth will let, until he be taken out of the way.
8    And then shall that Wicked be revealed, whom the Lord shall consume with the spirit of his mouth, and

shall destroy with the brightness of his coming:
9    Even him, whose coming is after the working of Satan with all power and signs and lying wonders,
10    And with all deceivableness of unrighteousness in them that perish; because they received not the love of the truth, that they might be saved.
11    And for this cause God shall send them strong delusion, that they should believe a lie:
12    That they all might be damned who believed not the truth, but had pleasure in unrighteousness.
Revelation 13
1    And I stood upon the sand of the sea, and saw a beast rise up out of the sea, having seven heads and ten horns, and upon his horns ten crowns, and upon his heads the name of

blasphemy.
2    And the beast which I saw was like unto a leopard, and his feet were as the feet of a bear, and his mouth as the mouth of a lion: and the dragon gave him his power, and his seat, and great authority.
3    And I saw one of his heads as it were wounded to death; and his deadly wound was healed: and all the world wondered after the beast.
4    And they worshipped the dragon which gave power unto the beast: and they worshipped the beast, saying, Who is like unto the beast? who is able to make war with him?
5    And there was given unto him a mouth speaking great things and blasphemies; and power was given unto him to continue forty and two months.
6    And he opened his mouth in blasphemy against God, to blaspheme his name, and his tabernacle, and them that dwell in heaven.
7    And it was given unto him to make war with the saints, and to overcome them: and power was given him 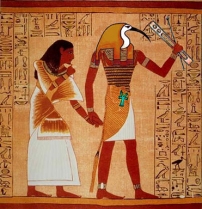 over all kindreds, and tongues, and nations.
8    And all that dwell upon the earth shall worship him, whose names are not written in the book of life of the Lamb slain from the foundation of the world.
9    If any man have an ear, let him hear.
10    He that leadeth into captivity shall go into captivity: he that killeth with the sword must be killed with the sword. Here is the patience and the faith of the saints.
11    And I beheld another beast coming up out of the earth; and he had two horns like a lamb, and he spake as a dragon.
12    And he exerciseth all the power of the first beast before him, and causeth the earth and them which dwell therein to worship the first beast, whose deadly wound was healed.
13    And he doeth great wonders, so that he maketh fire come down from heaven on the earth in the sight of

Therefore, the world teacher – the Maitreya – the avatar – The Christ – The Prophet – The Ascended Master – all of whom is 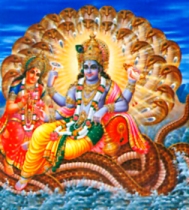