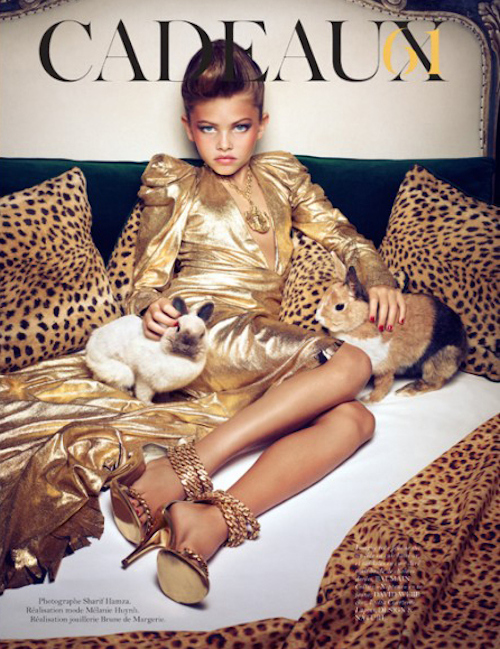 The sexualization of children in western society can easily  be seen in child beauty pageants, magazine covers, pornographic magazines, and ads by major clothing corporations. The act of sexualizing children is deliberate, and its intent is to destroy the moral fabric of western society, and the world at large, by way of western society’s influence on the rest of the world. The purpose of destroying the moral fiber of the people of the world is to create a society of people that are so driven by wickedness, that they are easily controlled by the state, and are dependent upon the state, which provides the solution to the world’s depravity, such as abortion, juvenile detention centers,  birth-control, healthcare, welfare, social security, sustainable development, and population reduction.

Most people fear the potential of big government, and its control over the minor details of individuals, married couples, and families. Therefore, part of the solution to the apprehension to the plans of the “new world order” is distraction through the destructive nature of immorality through the media, so that as the people are engrossed in foolishness and wickedness, their values are change in such a way, that they no longer care about the changing laws within their country, unless the media tells them about what they should care about, such as same sex marriage and abortion.

The video below is a documentary that explains the how the sexualization of children has become so prominent in American society.

The following article is a research document of the sexualization of children in the media.

Related links are listed below:

Jeremiah 32
35 And they built the high places of Baal, which are in the valley of the son of Hinnom, to cause their sons and their daughters to pass through the fire unto Molech; which I commanded them not, neither came it into my mind, that they should do this abomination, to cause Judah to sin.

The ancient world sacrificed their children to idols such as Molech. In the modern day, children are passed through the fire of deprave desires. The modern day equivalent to the idol of Molech is the idol of sexual perversion that rules over society with an iron fist.

Philippians 3
18    (For many walk, of whom I have told you often, and now tell you even weeping, that they are the enemies of the cross of Christ:
19    Whose end is destruction, whose God is their belly, and whose glory is in their shame, who mind earthly things.) 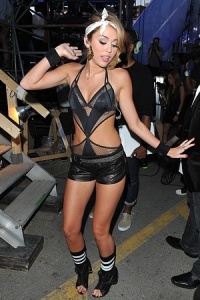 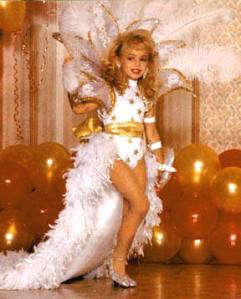