Ephesians 5
18    And be not drunk with wine, wherein is excess; but be filled with the Spirit;

19    Speaking to yourselves in psalms and hymns and spiritual songs, singing and making melody in your heart to the Lord;
20    Giving thanks always for all things unto God and the Father in the name of our Lord Jesus Christ;

However, the mainstream music industry has been using the Christian’s music, for worshiping, God as a means of making mass profits. The industry also perverts worship music to the point of making the lyrics sound no different than love making music for the latest generation of baby-bummers. If that wasn’t bad enough, God, whom the worshiper is singing to, or about, isn’t clearly mentioned or identified as God. Indeed, as worship singers attempt to sing to God, too many times,

only result in the worshiper singing about themselves. Instead of God being glorified, the worshiper becomes the object of worship, thus resulting in the same kind of hypocrisy that Jesus condemned the pharisees for engaging in.

Matthew 6
5    And when thou prayest, thou shalt not be as the hypocrites are: for they love to pray standing in the synagogues and in the corners of the streets, that they may be seen of men. Verily I say unto you, They have their reward.
6    But thou, when thou prayest, enter into thy closet, and when thou hast shut thy door, pray to thy Father which is in secret; and thy Father which seeth in secret shall reward thee openly.

The common excuse made for this attempt at making Christian worship music palatable to their mainstream audience is for the sake of communicating the gospel of Jesus Christ to the world through their albums. However, this clearly is not the agenda, because if it was, Jesus Christ, and his gospel of salvation would be communicated in the music. Instead, the Jesus of the “American Dream” is communicated in their music, thus giving the audience the idea that godliness is a means of gain. Furthermore, instead of preaching Christ, they preach the good news of themselves. This is another principal of Scripture that is contradicted, since Christians are taught to be humble,

and to give all praise to God, and never to share in his praises as though they too are gods. Nevertheless, even if the intent was to proclaim the gospel of salvation, Scripture teaches that God has assigned the gospel proclamation to preaching, and not singing.

2Corinthians 5
7    But we have this treasure in earthen vessels, that the excellency of the power may be of God, and not of us.

Romans 12
3    For I say, through the grace given unto me, to every man that is among you, not to think of himself more highly than he ought to think; but to think soberly, according as God hath dealt to every man the measure of faith.

God did not call his church into the entertainment industry, which is of the world. Instead, he has called us out of the world, and has told us not to be lovers of the world, because the lovers of this world are God’s enemies. Satan is the God of this world, and he owns every mainstream industry. He will not compromise with God’s people, whose desire is to glorify God in the arts and entertainment industry. In fact, God calls his church to the standard of holiness, which means to be set apart from the wickedness of the world for the purpose of doing God’s will.

2Corinthians 5
14    For the love of Christ constraineth us; because we thus judge, that if one died for all, then were all dead:
15    And that he died for all, that they which live should not henceforth live unto themselves, but unto him which died for them, and rose again.

Hebrews 12
14 Follow peace with all men, and holiness, without which no man shall see the Lord

1John 5
18    We know that whosoever is born of God sinneth not; but he that is begotten of God keepeth himself, and that wicked one toucheth him not.
19    And we know that we are of God, and the whole world lieth in wickedness.

Just as Christ did not call his church into the mainstream entertainment industry, he also has not called his church to become idols, to be adored and worshiped by anyone. This sin has always been blasphemy before God; starting with Satan.

Acts 10
24    And the morrow after they entered into Caesarea. And Cornelius waited for them, and had called together his kinsmen and near friends.
25    And as Peter was coming in, Cornelius met him, and fell down at his feet, and worshipped him.
26    But Peter took him up, saying, Stand up; I myself also am a man.

Acts 14
8    And there sat a certain man at Lystra, impotent in his feet, being a cripple from his mother’s womb, who never had walked:
9    The same heard Paul speak: who stedfastly beholding him, and perceiving that he had faith to be healed,
10    Said with a loud voice, Stand upright on thy feet. And he leaped and walked.
11    And when the people saw what Paul had done, they lifted up their voices, saying in the speech of Lycaonia, The gods are come down to us in the likeness of men.
12    And they called Barnabas, Jupiter; and Paul, Mercurius, because he was the chief speaker.
13    Then the priest of Jupiter, which was before their city, brought oxen and garlands unto the gates, and would have done sacrifice with the people.
14    Which when the apostles, Barnabas and Paul, heard of, they rent their clothes, and ran in among the people,

crying out,
15    And saying, Sirs, why do ye these things? We also are men of like passions with you, and preach unto you that ye should turn from these vanities unto the living God, which made heaven, and earth, and the sea, and all things that are therein:
16    Who in times past suffered all nations to walk in their own ways.
17    Nevertheless he left not himself without witness, in that he did good, and gave us rain from heaven, and fruitful seasons, filling our hearts with food and gladness.
18    And with these sayings scarce restrained they the people, that they had not done sacrifice unto them.

Isaiah 14
12    How art thou fallen from heaven, O Lucifer, son of the morning! how art thou cut down to the ground, which didst weaken the nations!
13    For thou hast said in thine heart, I will ascend into heaven, I will exalt my throne above the stars of God: I will sit also upon the mount of the congregation, in the sides of the north:
14    I will ascend above the heights of the clouds; I will be like the most High.
15    Yet thou shalt be brought down to hell, to the sides of the pit.

The mainstream entertainment simply is not the churches calling. This industry leads to gaining the world, and losing one’s soul. Christ calls his church to follow his example of self-denial and persecution for convicting the world of sin righteousness and judgment. Satan uses the music industry to tempt God’s people into getting rich as they entertain the world, that is in need of hearing the gospel of salvation. The entertainment industry renders Christians useless to the

kingdom of God, because of the compromise that they are forced to make in order to become rich and famous.

Mark 8
34    And when he had called the people unto him with his disciples also, he said unto them, Whosoever will come after me, let him deny himself, and take up his cross, and follow me.
35    For whosoever will save his life shall lose it; but whosoever shall lose his life for my sake and the gospel’s, the same shall save it.
36    For what shall it profit a man, if he shall gain the whole world, and lose his own soul?
37    Or what shall a man give in exchange for his soul?
38    Whosoever therefore shall be ashamed of me and of my words in this adulterous and sinful generation; of him also shall the Son of man be ashamed, when he cometh in the glory of his Father with the holy angels.

Matthew 4
8    Again, the devil taketh him up into an exceeding high mountain, and sheweth him all the kingdoms of the world, and the glory of them;
9    And saith unto him, All these things will I give thee, if thou wilt fall down and worship me.
10    Then saith Jesus unto him, Get thee hence, Satan: for it is written, Thou shalt worship the Lord thy God, and 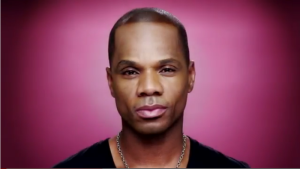 him only shalt thou serve.

These compromises can be seem in the Christian artists’ confused sexuality, their promotion of ancient pagan symbols on their albums, clothes, the stage on which they perform, and even in certain hand signs. They are also seen making themselves equal with God, such as on their albums covers or in their lyrics. They can even be seen taking on the characteristics of Satan, such as a liar, murderer, or rebel.

The mainstream arts and entertainment industry, as a whole, is a trap for Christians, and they have no need to be involved in it. It will only corrupt the artist, and those who love them, are led into idolizing them.

Ephesians 5
1    Be ye therefore followers of God, as dear children;
2    And walk in love, as Christ also hath loved us, and hath given himself for us an offering and a sacrifice to God for 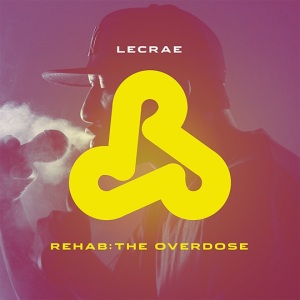 a sweetsmelling savour.
3    But fornication, and all uncleanness, or covetousness, let it not be once named among you, as becometh saints;
4    Neither filthiness, nor foolish talking, nor jesting, which are not convenient: but rather giving of thanks.
5    For this ye know, that no whoremonger, nor unclean person, nor covetous man, who is an idolater, hath any inheritance in the kingdom of Christ and of God.
6    Let no man deceive you with vain words: for because of these things cometh the wrath of God upon the children of disobedience.
7    Be not ye therefore partakers with them.
8    For ye were sometimes darkness, but now are ye light in the Lord: walk as children of light:
9    (For the fruit of the Spirit is in all goodness and righteousness and truth;)
10    Proving what is acceptable unto the Lord.
11    And have no fellowship with the unfruitful works of darkness, but rather reprove them.

12    For it is a shame even to speak of those things which are done of them in secret.
13    But all things that are reproved are made manifest by the light: for whatsoever doth make manifest is light.
14    Wherefore he saith, Awake thou that sleepest, and arise from the dead, and Christ shall give thee light.
15    See then that ye walk circumspectly, not as fools, but as wise,
16    Redeeming the time, because the days are evil.